It was February 15th of 2015. I walked into work and the hospital was gushing over my head technician’s sparkling engagement ring. The ring was just a little large but absolutely brilliant. Lillian’s eyes glistened with tears as she relayed the beautiful engagement story. This would definitely be a Valentine’s Day she would never forget.

The hospital was especially busy that day – call after call of chocolate ingestion came in. Lilly kept her chocolate toxicity calculator on her that day. When 3 pm rolled around Lillian’s shift was over; she gathered five garbage bags full of chocolate vomitus, commented on the appearance of her new diamond ring covered in activated charcoal, and departed for the dumpster outside and then on to her car. 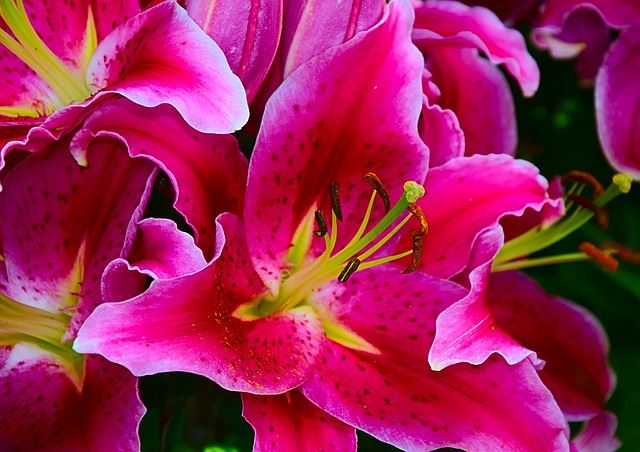 4:30 that day I received a panicked phone call from Lilly. Her 4 month-old kitten her now-fiancé had given her for Christmas was vomiting and lethargic. She stated that Hobbes did not greet her at the door and was shaking. She was rushing back to the hospital as we spoke.

On presentation, Hobbes was drooling and continued to dry heave. He quickly descended into a state of minimal responsiveness. When Hobbes began to seize I had him placed on a breathing machine to support him while I gathered additional information.

Labs revealed that Hobbes’ kidneys were completely shutting down. I questioned Lilly closely about potential toxic exposure- grapes/raisins, medications, antifreeze, plants- ANYTHING. My team scrambled to administer fluids, medications, and oxygen while we watched Hobbes decompensate. Without an antidote, there was no hope. Lilly’s fiancé arrived within an hour and the two held vigil over Hobbes as we provided life support. The couple recounted everything that had happened within the last 24 hours- trying desperately to determine if anything had been left out- any detail that could hold the key to Hobbes’ mystery diagnosis. Listening to them my ears keyed into one small part of their engagement story. Lilly’s card in her Valentine’s bouquet had said “To the most beautiful Lilly in the world.” Were there actual lilies in Lily’s flower arrangement? Suddenly everything made sense. Hobbes had gotten into the lilies his mom had received for Valentine’s Day.

Lily Toxicosis is a threat to all cats. The Liliaceae family contains more than 160 genera of plants; only the plants belonging to the genera Lilium (true lilies) and Hamerocallis (day lilies) cause kidney failure: Day lily, Asiatic lily, Tiger lily, Easter lily, Stargazer lily, Rubrum lily, and Red, Western, and Wood lilies. It is important to note that some flowers bear the name “lily” but are not true lilies. If you are unsure, do not bring the plant into your cat’s environment.

The toxic principle is unknown. All parts of the plant are toxic (flowers are the most toxic part). Minor exposure (cat brushes by plant and pollen falls onto fur) will cause acute kidney failure within 12-36 hours and death within 3-5 days. Ingestion of the plant can result in death within a few hours. Symptoms may include vomiting, lethargy, anorexia, depression, drooling, stumbling, collapse, seizures, crying, urinary incontinence or complete lack of urination. Signs may seem to improve after onset but then rapidly progress to worsening signs and death within 12-24 hours. Mortality is between 50-100%. Early, aggressive intervention (suspecting ingestion or prompt treatment when clinical signs are first noted) results in a 90% survival rate.

So during this romantic, flower-giving time of year, please make sure your Valentine knows to stay away from lilies if you are a cat lover.

What? Oh! You want to know what happened to Hobbes? Well, OK. Hobbes’ stomach was pumped and decontaminated. He was placed on peritoneal dialysis and a grocery-list of medications to protect his kidneys, nervous system and gastrointestinal tract. His blood pressure was monitored closely and medications were administered and tweaked as indicated. We allowed Hobbes to slowly wake up after 12 hours of being in a medically-induced coma. We maintained nutrition via a feeding tube for 48 hours. After 72 hours we removed Hobbes from dialysis and removed his urinary catheter. 7 days after presentation Hobbes went home on a special kidney diet and medications. At his two-week recheck, Hobbes’ kidney values were normal. Hobbes was the ring-bearer at his parents’ wedding one year later and continues to thrive today.