Growing up in rural Pennsylvania, the great outdoors are just a few steps out your front door. A part of the great outdoors is wildlife. Many of us take for granted that little squirrel in the tree, the birds by the bird feeder at the kitchen window, or that occasional raccoon that landed in your headlights crossing the road at night. We take many of the squirrels, possums, deer, and birds for granted that they will always be there to view. But, many of the native species to PA are endangered or extinct due to a growing population, deforestation, and wildfires.

The week of March 12th is National Wildlife Week, when the National Wildlife Federation dedicates for all ages to take some specific time to devote to seeing how our ecological footprint is impacting the wildlife we are used to seeing daily. To kick-off this week, let’s dive into the various species native to PA that you might find when you enjoy the great outdoors with also a peek into the species that desperately need help to thrive. 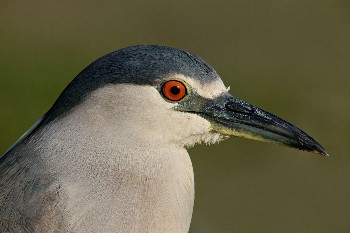 Some of the endangered species in PA include bitterns, shrews, night-herons, flying squirrels, warblers, terns, wrens, upland sandpipers, egrets, and everyone’s favorite, Indiana Bats. One animal you might not have heard of before is the Dickcissel, which is a bird that loves grassy fields and similar to a sparrow. They sing to one another in tones that are similar to its name. They made it on the list due to human populations growing and pushing into their natural habitats.

There are a few species on the threatened list including harriers, bats, Alleghany woodrats, and the long-eared owl. These owls are very secretive and shy which makes observation hard to determine what is causing this species to decline in numbers. The small-footed bat is native to Cumberland and Franklin counties in the small caves but their numbers are declining.

Some of the species in PA that are on the recovery list include the Bald Eagle and the osprey. One special window into the bald eagles and the recovery process is the Hanover Bald Eagle Nest cam. It is a great and safe way of watching the eagles in action without interrupting their natural habitat. You can visit the webcam on Facebook or on the PA Game Commission website.

Why do I bring these endangered species up? Or, maybe you are thinking why it’s important to learn about wildlife conservation? What is my impact on wildlife in PA? One key way to make a difference is to learn what wildlife species are on the lists and to know what their natural habitats entail. Other suggestions from the PGC include the following: contribute, be ethical, monitor for changes in your community, and manage the environment- this could include protecting grassy fields, protecting wetlands and other forest lands.

Take time this week and throughout the year to dig deep into what your impact is on the environment and how that correlates to the wildlife close to your home and work.